Azerbaijan's economy has been on a steady upward trajectory since 2005. It has positioned itself as a strategic transport hub between Europe and Asia. The economy grew 3.4 times between 2004 and 2019. During same period strategic foreign exchange reserves grew 27.6 times.

Twice Azerbaijan was recognized as a top business-reformer country in the Doing Business 2009 and 2019 reports. Recently a Collaboration Agreement was signed between the World Economic Forum and the Government of Azerbaijan which provides a framework for cooperation in matters of common interest. According to the World Economic Forum’s "Global Competitiveness Report 2019", in relation to the electricity supply sub component, Azerbaijan ranks 2nd in the world with a maximum score of 100 percent.

We have attracted $US128 billion in foreign investment since 2004, which has contributed to the development of all sectors of the economy in order to further improve the competitiveness of Azerbaijan.

The social-economic and political stability in the country creates a friendly environment for further sustainable economic growth.

Azerbaijan’s ongoing development of its non-oil sector is seen as crucial in ensuring future economic growth. The intention of this strategy is to move the economy from its traditional dependence on Oil/Gas and is embedded in the Government’s Vision 2020 document which highlights six main goals or objectives:

Modernize the Oil and Gas Industry

One major pillar to diversify and stimulate economic growth will be the attraction and development of new value-added and manufacturing activities including Foreign Direct Investment (FDI). The focus is to be primarily on export orientated activity, with real added value in the local economy with a spin off in terms of jobs and wealth creation. While the government of Azerbaijan has already developed a number of industrial parks and zones, none of these zones have a clear export orientation.

Alat Free Economic Zone, as part of the emerging trade and logistics hub in the Alat settlement on the Caspian Sea coast was established by the decree signed by Mr. Ilham Aliyev, President of the Republic of Azerbaijan on May 22, 2020. The decree orders documentation of the lands located in the administrative territory of Garadagh district 65 kilometers south of capital Baku, which Alat settlement is part of, as the territory of the newly created free economic zone. The Baku International Sea Trade Port, the largest Caspian port in the settlement of Alat, is ordered to include the land allocated for its utilization to the territory of the Alat Free Economic Zone.

The overall turnover from supplied goods, performed services and works in the free economic zone is expected to be subject to 0.5 percent tax. Meanwhile, authorities and administrative enterprises of the free zone, legal entities operating in the zone, and their employees, as well as free Zone residents are exempt from all taxes related to their activities.

No nationalization, confiscation measures, or any other restriction on private property may be applied to the free zone legal entities that operate legally. Investors, shareholders, free zone residents and legal entities alongside their employees are allowed to invest in the free zone and transfer funds from their activities abroad without restrictions. They have also the right to work and conduct transactions in any foreign currency of their choice.

There are no restrictions on the 100 percent ownership of the charter capital and investments of companies in the free zone by foreign legal entities and individuals.

In the meantime, a Business Services Center, to be established in the Alat Free Economic Zone, will issue licenses, visas and other official documents.

Today, Alat settlement is extensively developing under the aegis of the government of Azerbaijan, who intends to build a major trading hub that connects Europe and Asia via key structures such as a port, international logistics centers, and an airport. The ambitious intercontinental North-South and East-West corridors intersect by road and rail transport lines in Alat.

The Baku International Sea Trade Port, also known as Port of Baku, is currently the most developed structure in the Alat settlement. Despite being under construction, the port operates within its first phase development. The largest maritime port in the Caspian Sea has today a throughput capacity of up to 15 million tons of cargo, including 10,000 twenty-foot equivalent units (TEU). After the completion of the second phase, the port will be able to handle 25 million tons of cargo, including 500,000 TEU.

An airport is expected to come online in the Alat Settlement as part of the development plans.

The idea of establishing the Alat Free Economic Zone considered developing the non-oil sector in the country. Therefore, one of the key factors was the implementation of reforms and the attraction of foreign investors, especially to the industrial sector.

“We saw that investment in the non-oil sector was more made by the state or local companies. Foreign companies tend to invest more in the oil and gas sector. Therefore, I am confident that the creation of this zone will serve the development of the non-oil sector of Azerbaijan, the non-oil sector of our economy,” President Ilham Aliyev said in an interview following the groundbreaking ceremony of Alat Free Economic Zone on July 1, 2021.

There are favorable geographical location, very good investment environment, great achievements of the country on a global scale, dynamic development of the country, very strong human resource potential, security and stability, the intercultural dialogue and religious tolerance and all other prerequisites for the attraction of investors to this zone in Azerbaijan.

Ambassador Extraordinary and Plenipotentiary of  the Republic of Azerbaijan in Romania 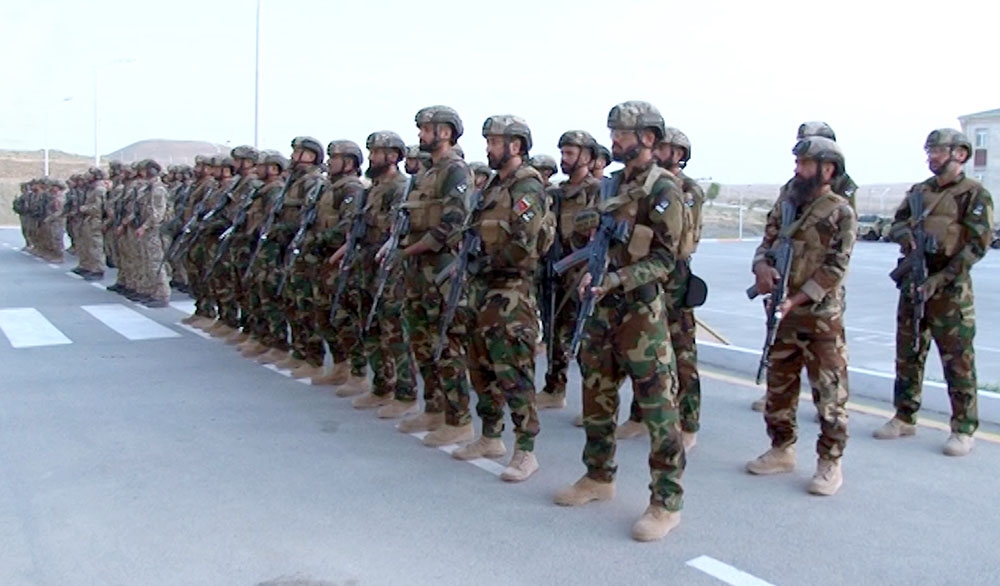 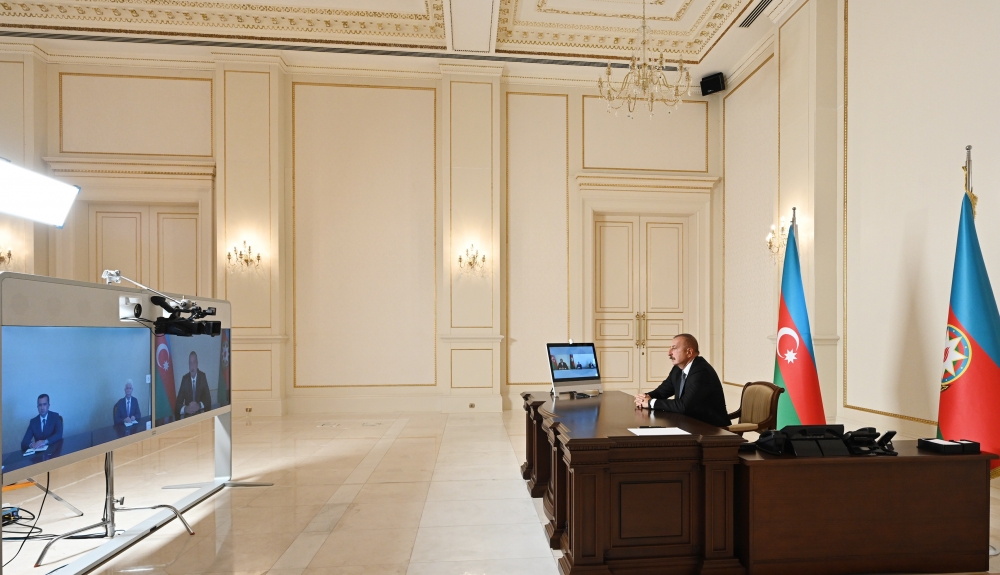 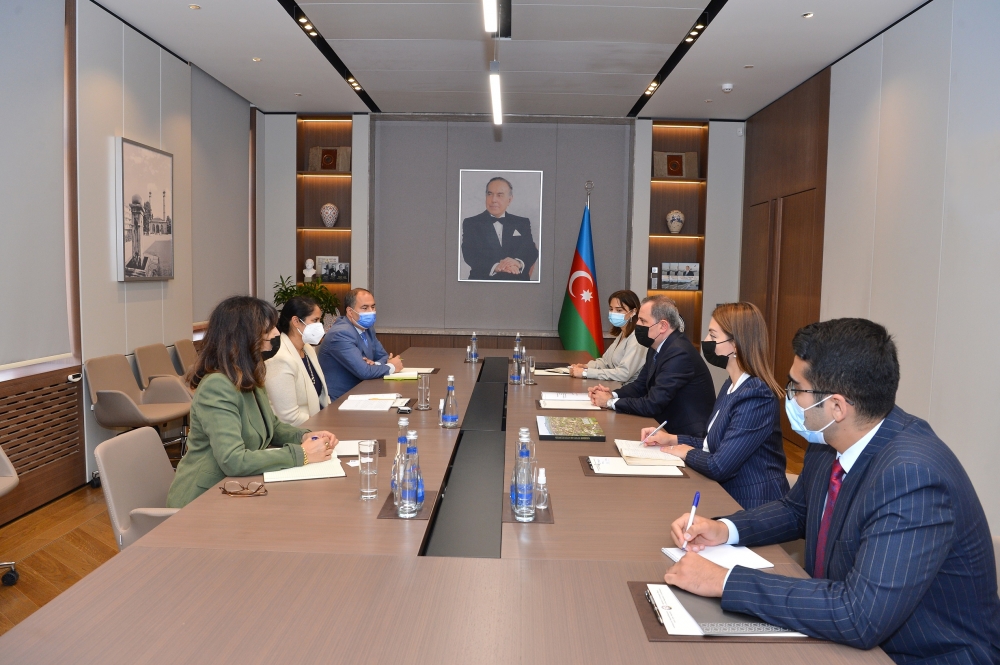